Hello everybody! I hope you guys are well.  I wanted to share with you my second project that I did this past Friday.

I’ve had this letter A and this pink toile fabric for a long time now.  I love this fabric so much that I decided to use it to decorate the letter A, which is my first initial.  I’ve never done this project before so I just did it my way and took pictures highlighting each step that I thought was helpful.  Basically, it’s like wrapping a present and using glue instead of tape.

Here’s what I did:

Using a ruler I outlined the letter (I didn’t trace it) on the front of the fabric because I needed more fabric for the sides and I wanted to see exactly what part was going to show.  I also used a vanishing marker. 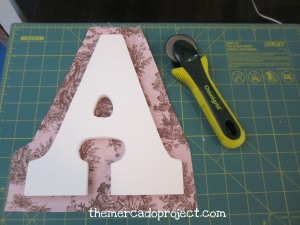 I used my rotary cutter and mat.

This time I traced the letter on the other side of the fabric so I could know exactly where to place it down once I applied the glue to the letter. 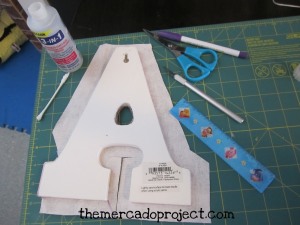 I glued the letter down and these were my tools.  I used my x-acto knife, sharp scissors, a ruler (borrowed from my daughter :)), vanishing marker, glue, and a Q-tip (the top of my glue was broken so I used a Q-tip to apply the glue onto the front and sides of the letter). 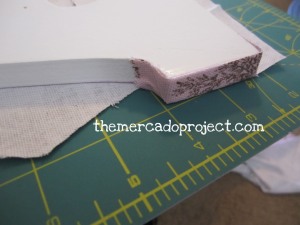 Using my ruler, I started marking where I would cut and glue the fabric.  The process was like wrapping a gift. 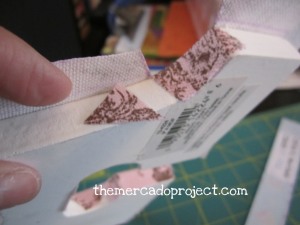 As you can see in the pic above I lost some of the fabric due to the curve of the letter A so I just took a small piece of fabric and glued it onto the spot and then covered the side with the rest of the fabric already there. 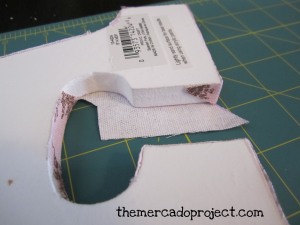 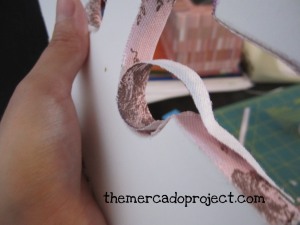 Just take a scrap piece of fabric, make sure that it covers the area well and glue it on.  Now you’re covered! 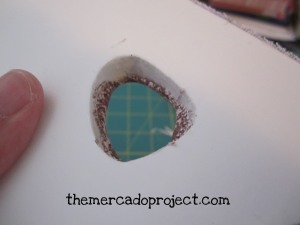 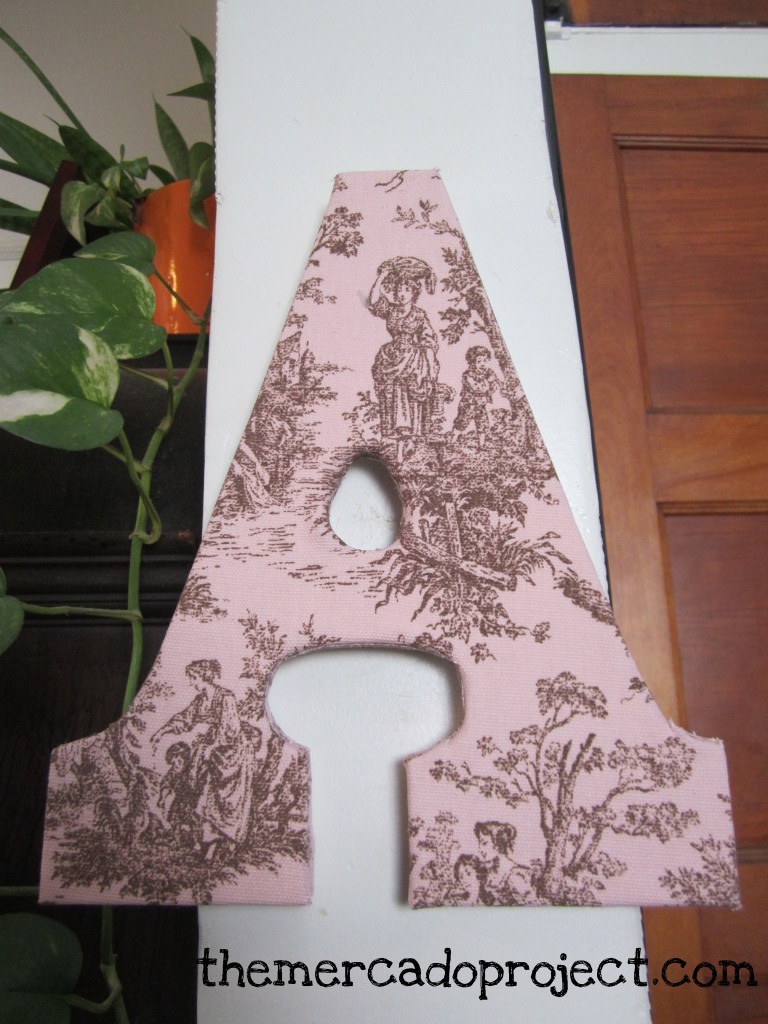 …I’m done!  I love, love, love my fabric covered wooden letter.  After taking this picture so you guys can see it,  I placed it on my dresser and it looks fabulous.  I’m so happy with the result.  Now, I have a great gift idea and more arts and crafts to do for the future. 🙂